You are here: Home / Community / Around Michiana / NiSource executive and CEO of former subsidiary Columbia Gas of Massachusetts retiring 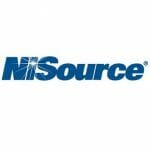 Carrie Hightman, who served as president and CEO of Columbia Gas of Massachusetts, once a subsidiary company of Merrillville-based NiSource, is retiring.

The company in a statement said Hightman, who also serves as executive vice president and chief legal officer for NiSource, will leave in January and her position overseeing legal and federal government affairs will be eliminated.

“The board of directors and I are deeply grateful for Carrie’s leadership and exceptional legal counsel throughout her 13 years at NiSource,” said Joe Hamrock, president and CEO of NiSource. “Carrie’s impact has been immeasurable, most recently having successfully led the transition of CMA to Eversource (Energy), and also through her elevation of the legal and federal government affairs functions.”

NiSource announced in February it was selling its business unit Columbia Gas of Massachusetts to Eversource, a New England utility that serves about 4 million customers in Connecticut, Massachusetts and New Hampshire. The deal, which closed earlier this month and transferred more than 320,000 customers to Eversource, was estimated at $1.1 billion.

Anne-Marie D’Angelo, who joined the NiSource in September 2019 and serves as senior vice president, general counsel, and corporate secretary, will become executive vice president and a member of the company’s executive leadership team, effective Jan. 30, 2021. She will lead NiSource’s legal function, reporting to Hamrock.

A string of natural gas explosions occurred on Sept. 13, 2018 across three cities within Columbia Gas’s service area, causing extensive property damage and at least one death as well as more than two dozen injuries, according to news reports of the incident. A government investigation determined contract maintenance workers were replacing gas pipelines and incorrectly used a bypass that led to high-pressure natural gas being released into a low-pressure system.

Numerous lawsuits followed and all eventually were settled by Columbia Gas for $143 million in July 2019, according to news reports.

NiSource is the parent of Northern Indiana Public Service Co., which serves about 820,000 natural gas and 460,000 electric customers across 32 counties in Northern Indiana.